STEM with Blaze and the Monster Machines- Race into Velocityville 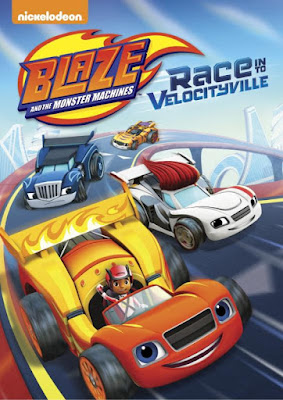 Is STEM a thing your kids are into? I knew nothing of it, until Broxton started Elementary School and brought home a flier about "STEM NIGHT."  That had me trying to figure it all out. S - Science T - Technology E - Engineering M - Math Now, it seems like STEM is everywhere, or either I just notice it more now than before.  Did you know that great kids shows like BLAZE  and the Monster Machines also teaches STEM? FTC Compliant Review Policy: The product(s) featured in this review were provided free of cost to me by the manufacturer or representing PR agency for the sole purpose of product testing. Opinions expressed are my own and are NOT influenced by monetary compensation. Blaze and AJ head to the racing town of VelocityVille in  Blaze and the Monster Machines: Race Into VelocityVille , a brand-new collection of high-octane adventures, featuring Blaze as a racecar and guest voice appearances from superstar racecar drivers Danica Patrick, Jimmie Johnson, Chase
4 comments
Read more 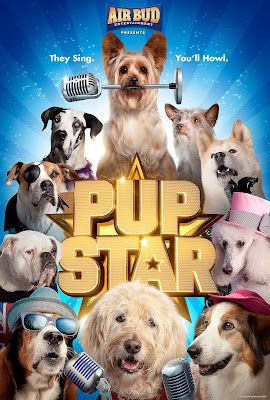 Cleaning out my email and thought this sounded cute.  Let me know if you watch it, we are planning to do so!!!   AIR BUD ENTERTAINMENT Announces the Broadcast Premiere of  ‘PUP STAR’ Family Adventure Debuts on Disney Channel  Friday, February 17, 8:30 p.m. ET/PT All-New Franchise Puts a Dog-Filled Spin on America’s Popular TV Singing Competitions Featuring Talking Canine Characters Dog Gnarly, Lady Paw Paw, Blake Sheltie and of course, Simon Growl!  Air Bud Entertainment announces that their newest film, PUP STAR, will air for the first time on broadcast television on Disney Channel, Friday, February 17 (8:30 p.m. ET/PT).  From the creators of the beloved ‘Air Bud’ and ‘Disney Air Buddies’ franchises, PUP STAR is a dog-filled spin on America’s hit TV singing competitions, loaded with music, including 13 original songs, and the biggest cast of talking (and singing) canines ever assembled.  PUP STAR is the tune-filled inspirational adventure of an adorable Yorkie pup,
3 comments
Read more 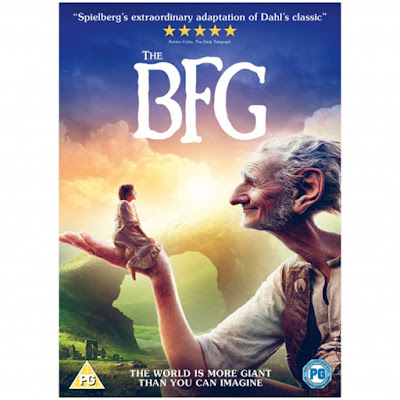 March is reading awareness month, so I wanted to share with you a reminder of a childhood classic.  If you remember The BFG by Roald Dahl, you might know that it was released as an animated version back in 1989, well, did you know they re-released it last year?  Yes, they did, so make sure to keep reading! I am going to share other books with you, leading up to March, but wanted to kick it off with an animated adaptation, just to change it up for you all!  Image Credit- Roald Dahl site  FTC Compliant Review Policy: The product(s) featured in this review were provided free of cost to me by the manufacturer or representing PR agency for the sole purpose of product testing. Opinions expressed are my own and are NOT influenced by monetary compensation. More about  The BFG   : This DVD includes the digitally restored version of the animated film along with two special features – a Never-before-seen Roald Dahl Documentary and Before/After Restoration Video. The documentary features
3 comments
Read more

Do you see it? 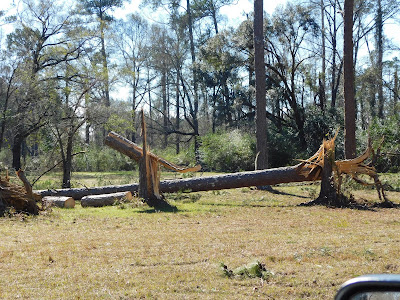 This is an image from the destruction from the tornadoes that hit Albany, Georgia on 1/22/17 As we were riding along, we spotted it... Do you see it?? Do you see the cross?
3 comments
Read more

Changing things up with #Lootcrate 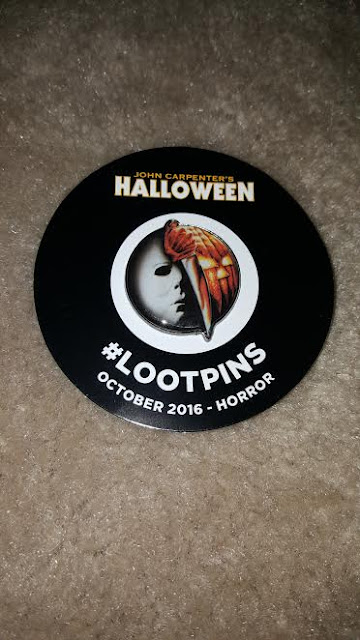 As you know, we love getting the monthly subscription box, Loot Crate.   They have yet to dissapoint and I love that you get a shirt each month.  You know, you just can't beat a good t-shirt!  Especially the ones from Loot Crate!  Each month has a new theme and I wanted to change things up a bit.  Not everyone loves Valentines, so this is a totally different themed Loot Crate!  This is their "HORROR" theme back from October! FTC Compliant Review Policy: The product(s) featured in this review were provided free of cost to me by the manufacturer or representing PR agency for the sole purpose of product testing. Opinions expressed are my own and are NOT influenced by monetary compensation. As I said, they have a t-shirt in every box.  I about FLIPPED out when I saw the one for October.  If you don't know, we love  LOVE The Walking Dead, so when I saw NEGAN, I was so excited!!!! That shirt ROCKS!!!!   If you noticed in the first picture, they also include a col
2 comments
Read more

Charge it up for Valentines! #myCharge 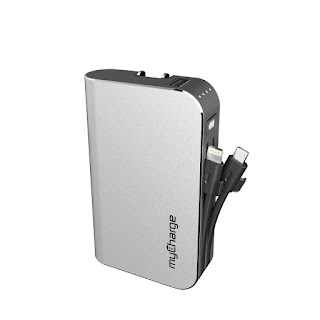 Do you celebrate Valentines with Chocolate, Flowers, Jewelry, or any other traditional gift?  Why not throw him (or her) for a loop and change it up this year!!! Keep things charged with the HubPlus by myCharge.  This is great, as it is not gender specific and it isn't seasonal.  I can't lie, after things recently, I think everyone needs to have a back up portable charger!    FTC Compliant Review Policy:   The product(s) featured in this review were provided free of cost to me by the manufacturer or representing PR agency for the sole purpose of product testing. Opinions expressed are my own and are not influenced by monetary compensation Want to know what I mean? Well, first of all, when we went to Lanier Islands , I had all sorts of issues.  We used my phone GPS to get there and once we got there my phone was almost dead.  My girlfriend that went with us also got there to the event and her phone was almost dead as well.   (My phone cord to charge in the car has a shor
2 comments
Read more

Does Your Insurance Company Really Have Your Back? 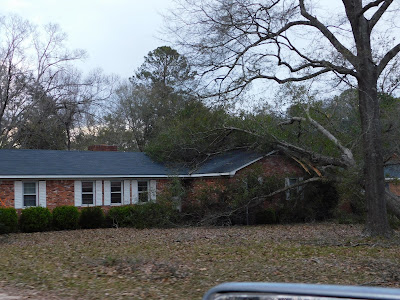 Please take a minute to think about your insurance.  I know it isn't one that many think about all the time, but since watching the destruction from the tornadoes in Albany, Georgia , I can't begin to imagine what they are going through right now. *** This is a sponsored post.*** Insurance Claim Nightmare: Does Your Insurance Company Really Have Your Back? Imagine returning from a vacation to find your house has been robbed, flooded, or covered in toxic asbestos and harmful fiberglass.  Sadly, this scenario actually happened to Todd Kozikowski's family. An unexpected home renovation error ended up costing his family their health, home, and resulted in long legal battles—all because the insurance carrier didn't provide the coverage the family thought it did. Today, Todd has made it his mission to spare others from the same nightmare his family experienced. He and his team recently launched Clearsurance ( www.clearsurance.com ) the  world's
2 comments
Read more

An update on Albany, Georgia. #AlbanyStrong 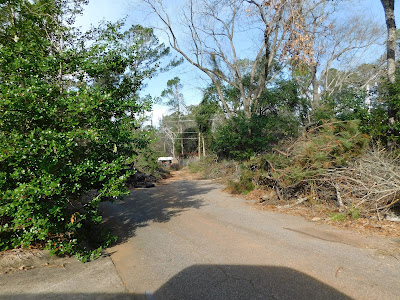 I know I shared with you about the Tornadoes that hit my hometown on January 2nd when I asked for Prayers for Albany.  Now, I want to share with you about January 22nd. (If this is a repeat for any of you, sorry!) So, the tornadoes hit on January 2nd and there was NO coverage, minus the local news.  Lucky for the locals, someone immediately started a Facebook page for people to check in and say if they needed things.  It was bad.  The tree covered streets that we were known for were hit and people said it was like a bomb went off.  The community reached out to one another and really was "neighbor helping neighbor."  It was a blessing that there were no casualties and sadly, I think that is what kept the news from reporting on how bad they were hit down there.  I tried to do what I could from here, but in the grand scheme of things, it wasn't much.  Then... Tragedy hit again.  January 22nd.  I hate to report that this time, there were casualties and it was much worse th
3 comments
Read more
More posts