Zulily has you covered for Halloween costume ideas 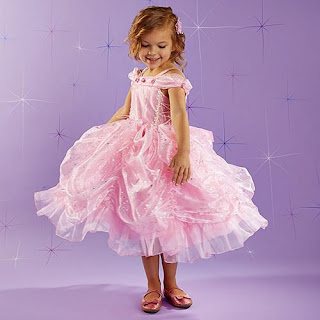 Okay, Halloween is almost here.  I know that some of you have to be last minute, so here are a few tips and ideas from Zulily.  Let me know what you plan to go as!!!! Can not wait to see and hear your creations! FTC Compliant Review Policy:    The product(s) featured in this review were provided free of cost to me by the manufacturer or representing PR agency for the sole purpose of product testing. Opinions expressed are  my own and are NOT influenced by monetary compensation. zulily , an online retailer obsessed with bringing customers special finds every day — all at incredible prices — has the answer you’re looking for. According to their  recent survey , nearly a quarter of adults  admit to giving extra candy to kids who dress up in their favorite costumes (22%), with  animal costumes as the top candy getter  (44%) followed by princesses and princes (18%). Your kids aren’t the only ones benefitting from this sweet treat, though. Nearly a third of parents admit to get
1 comment
Read more

BFree is both Wheat and Gluten Free!

We are not health nuts.  Luckily, we have no food allergies that I know of. Gluten Free is just something I hear people talk about, so I am not well versed in really knowing much about it.  What I do know is that we were given the chance to try out BFree a line of products that are both wheat and gluten free.  As much as we all eat bread around here, I knew it was something I wanted to try and see if it would be well received in our house.   FTC Compliant Review Policy:    The product(s) featured in this review were provided free of cost to me by the manufacturer or representing PR agency for the sole purpose of product testing. Opinions expressed are  my own and are NOT influenced by monetary compensation. ·           High-quality, non-GMO ingredients ·           Allergen-friendly and vegan ·           Low-cal, high-fiber, low-fat ·           Excellent nutrition and taste ·           No wheat, dairy, eggs, nuts or soy ·           Won’t disintegrate, crack or crumbl
1 comment
Read more

Give the treat of @communitycoffee this #Halloween! 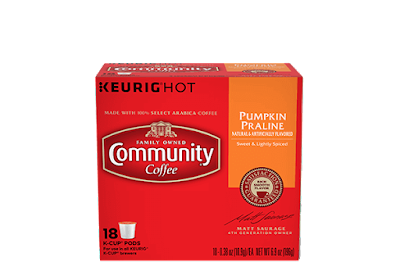 Community Coffee brings friends together, so I thought it would be great to incorporate them into Halloween this year!  When we lived in our apartment, NO ONE did the whole trick or treating, so we luckily found a great neighborhood to go to.  When we moved into our house, we were so excited to be in an actual neighborhood, but again, quickly found out that no one does anything here either. I think we have maybe 3 houses that do it, but that is few and far between.  We still go to the original neighborhood that we started out at and we love it.   They go all out. Every single house is decorated.  They make it like a huge party, the people giving out the candy dress up.  Last year, they had one house that was Scooby Doo themed. Fred had been called to work, Scooby, Velma and Daphne were walking around and ol' Shaggy was at the house giving out treats.  Kids could get candy, adults could grab a drink. Another house had Hot Cider because it was a cooler night than normal.  That mad
1 comment
Read more

Dress it up with Monsoon Children at Phipps Plaza #Atlanta

Having a little girl, it is fun dressing her up, especially when it is an AMAZING dress from the Monsoon Children Line. It is funny, as I am NOT a "girly girl" I thought for sure I would just dress her in shorts / jeans and t-shirts like I wear.  That was until she was born and I saw just how adorable she looks whenever I put an outfit on her.  Yes, she wears sweat pants and tank tops, t-shirts and jeans. Hey, she even just wears shirts sometimes and we call it a day. FTC Compliant Review Policy:    The product(s) featured in this review were provided free of cost to me by the manufacturer or representing PR agency for the sole purpose of product testing. Opinions expressed are  my own and are NOT influenced by monetary compensation. THIS is the dress I picked out for Savannah from Monsoon Children !  I love how they pay attention to so much detail.  Even the buttons have a design and the store name on them.  Knock on wood, none of the detail has fallen off yet
2 comments
Read more

You know how you read or see something and it grabs your attention?  That was what happened to me when I was introduced to EcoHome Atlanta and heard about a whale sperm candle.  (More on that later, I promise you that!)  Since we don't live near Buckhead these days, I don't venture out that often, but since I was invited, I knew I had to make it a point to go and check it all out, plus lets not forget that candle!   FTC Compliant Review Policy:    The product(s) featured in this review were provided free of cost to me by the manufacturer or representing PR agency for the sole purpose of product testing. Opinions expressed are  my own and are NOT influenced by monetary compensation. I had a hard time locating the place, thanks to my GPS letting me know I arrived when I was sitting at a red light.  Obviously, I found the place, but since pictures are key for me, I wanted to take a shot to let you know what to look for.  It as at the far right end of the strip mall sh
2 comments
Read more

TMNT Out of the Shadows - Awesome gift set! 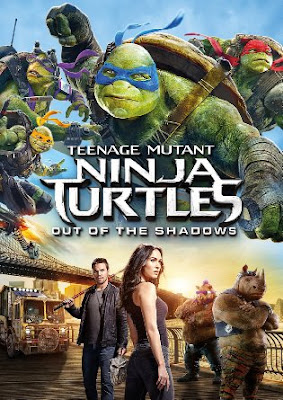 I know many kids will be going as one of the Teenage Mutant Ninja Turtles for Halloween this year. I can also bet that many kids will have the latest Ninja Turtle Movie - Out of the Shadows, on their Christmas list.  Why not kill two birds with one stone?  Have you even seen the latest from that line? Pretty impressive if you ask me!  Take a look! FTC Compliant Review Policy:    The product(s) featured in this review were provided free of cost to me by the manufacturer or representing PR agency for the sole purpose of product testing. Opinions expressed are  my own and are NOT influenced by monetary compensation. Teenage Mutant Ninja Turtles - Out of the Shadows is now available to own!  Why not give them a great gift?  You can buy an awesome set from Amazon that includes BOTh Ninja Turtles movies,  lunchbox and even the Ninja Turtles Masks!  I am not going to lie, I was completely caught off guard by the price that Amazon has it listed for.  It says its only $26.99.  I for su
Post a Comment
Read more 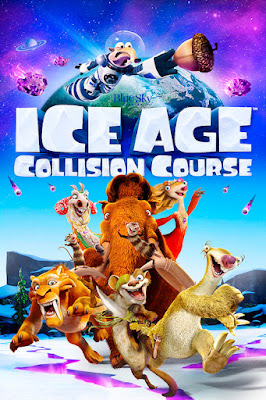 Earlier I shared a craft that we did for our Ice Age weekend.  Well, now I want to tell you what else we did to get things going.  Don't go away, there is a giveaway for you to get your own copy of Ice Age Collision Course at the end of this post!   FTC Compliant Review Policy:    The product(s) featured in this review were provided free of cost to me by the manufacturer or representing PR agency for the sole purpose of product testing. Opinions expressed are  my own and are NOT influenced by monetary compensation. ICE   AGE : COLLISION COURSE Your favorite  ICE   AGE  heroes are back and cooler than ever in this all-new adventure! Scrat’s epic pursuit of the elusive acorn accidently triggers cosmic events that threaten the  ICE   AGE  world.  Now Buck, Manny, Ellie, Sid, Diego and the rest of the herd must work together on a hilarious journey filled with nonstop action and colorful new characters in order to survive the global Scrat-tastrophe!   ICE   AGE : COLLISION COU
17 comments
Read more 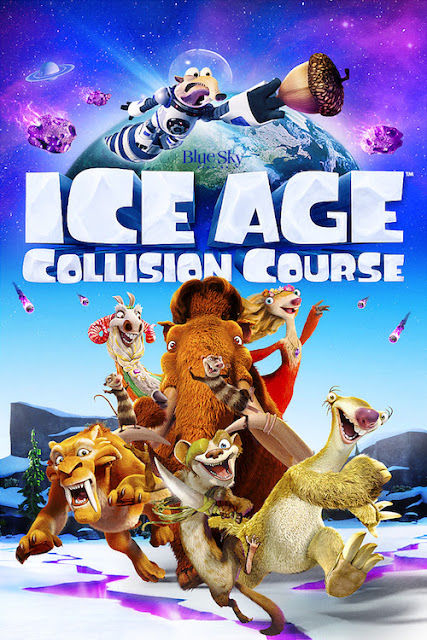 As I have mentioned many times before, we love movie night around here.  Another thing we love? The different Ice Age movies. They are always so funny and perfect for everyone. Broxton loves them, as well as Marc and I, so we don't have to sit there worrying that someone will be bored with a movie on these hits!  Recently we were sent an amazing box of goodies to have a memorable movie night and that is just what we did! FTC Compliant Review Policy:    The product(s) featured in this review were provided free of cost to me by the manufacturer or representing PR agency for the sole purpose of product testing. Opinions expressed are  my own and are NOT influenced by monetary compensation. To kick things off for our movie night weekend, Broxton and I decided to do a craft. While Scrat might be out looking all over space to find his acorn, we have plenty in our yard. First up? Get the tops from a handful of acorns!   Next?  Get the supplies you need.  Only 2 things: Ma
2 comments
Read more

Earth's Best is a great candy alternative for Halloween! 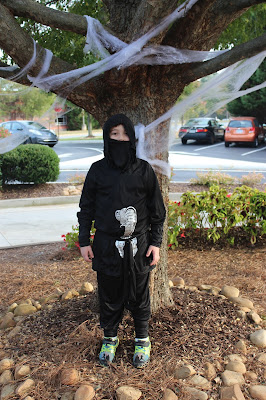 It is almost Halloween! Can you believe that the end of October is almost here? I found the cutest costume for Broxton (he loves all Minecraft things and watching You Tube videos.  I decided that I would let him be DanTDM, one of the Tube Heroes.) Then, he decided he didn't want to be that after all, so we went with a Minecraft Creeper.  Now that we are less than a week away, he has decided that a creeper isn't what he wants to be and that a Ninja is the best idea for him.  He has a new costume and has now worn it, so there is no turning back now! FTC Compliant Review Policy:    The product(s) featured in this review were provided free of cost to me by the manufacturer or representing PR agency for the sole purpose of product testing. Opinions expressed are  my own and are NOT influenced by monetary compensation. I know that not everyone likes giving out candy for Halloween.  Hey, not everyone likes their child getting tons of candy either.  Lucky for us, there is a differ
2 comments
Read more
More posts