I am so excited and you just have no idea! I have blogged before about how we are WWE fans in this house... Well, get this...   Last time I was back home, I was told that the WWE would be headed to my hometown! What?   Albany, Georgia ?  The Good Life City?  (Home of Paula Deen, Luke Bryan, Deion Branch, Nancy Lopez, Ray Stevens, Ray Charles, Buster Posey and More!!!!) Anyways.... So, I found out that the WWE was headed here...  It is Smackdown... The Road to Wrestlemania! I really wanted to go, but I just could not justify a road trip down there right now... BUT, now I can... We are headed to Smackdown!!!!! It has been a LONG time since wrestling was in my hometown... I remember going when I was younger, but that was ages ago! Image from WWE I am just so excited that WWE Smackdown is headed our way!!!! Okay, let me tell you this... We took the boys to WWE events in Atlanta... The Georgia Dome holds around 71,000..... Phillips Arena holds around 18,000.... The Civic Center i
1 comment
Read more

You Have No Idea How Much I Love Her Writing... @jodipicoult 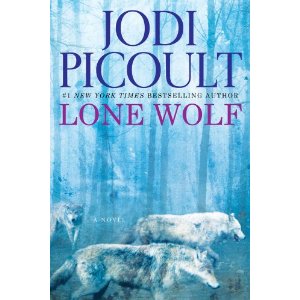 If you have been with me from the beginning, you may remember when I first blogged about Jodi Picoult .   I was in love with her writing style the moment I started reading the pages of Change Of Heart.  That was years ago... Not sure exactly when... But anyways, I knew she would be an author that I would follow.   I have read all but 2 of her books... Why have I not read them?  Honestly, I just have not had the extra money to go out and grab them yet... But, I will buy them soon.  One day... Honestly, I really will!  If you don't believe me, let me tell you why I will... Because I own ALL of her books!  Image from Amazon.com  On to the latest book.  I heard that Jodi Picoult had a new book coming out... Lone Wolf.  I was, of course, hopeful to get the opportunity to read it...  Then, one day... A package came in the mail.  I opened it up and was in heaven!  " The latest Jodi Picoult book is here!"  I screamed out to Marc!  Yeah, I am also the crappy friend
2 comments
Read more

Justin Bartha is Just So Sweet- The Rebound on DVD 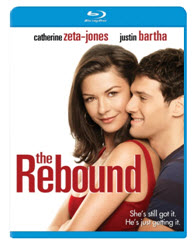 Justin Bartha is just a cutie. He is actually a bit older than me, but he has a baby face and when I see him, I think of a young boy... Like a friend of my brother or something... I know, I know!!! I just finished watching The Rebound starring Justin Bartha and Catherine Zeta-Jones. Wow, it amazes me to think that he is the same guy that was in The Hangover and National Treasure!  I love knowing that he has the acting ability to handle the different roles that he has been in! The Rebound is no exception!  I hate to admit it, but I can not think of any movies she has been in, I think I am more familiar with her name because of her marriage... Where as with Justin, I know his movies... but nothing about his personal life. The start of the movie pulled me in with the soundtrack... and then as the movie started, I was wondering if this was going to be more of a comedy than a "romance comedy."  I loved how it played out... I loved seeing the dates that Catherine Zeta-Jones
Post a Comment
Read more

I Want to Go to Broadway - @ANNIEonBroadway is Headed There! 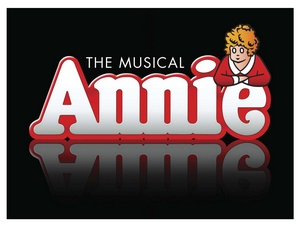 How many tomorrows do I have to have? I heart Annie. Always have. Maybe it was because we were both redheads.. Maybe it was because of the singing.. I don't know.. BUT- I do know, I heard that The Musical Annie is headed to Broadway...  And I WANT To Go! I love her!!!! It's a Hard Knock Life, You Know? Head on over and visit the Annie On Broadway Site Today...  And Tomorrow too :) Click here to follow Annie On Broadway on Facebook and Twitter . ***** This is not a paid or sponsored post...  I was asked to spread the word and will be invited to a special event this spring. *****
3 comments
Read more

We are Loving our Pantone: Colors book from @AbramsAppleseed 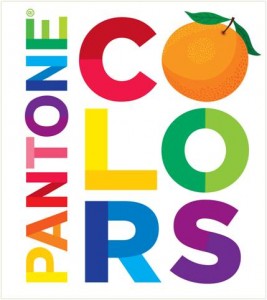 When you are teaching your children colors, do you sit there and work with all the different hues? Or do you just work with the primary colors? I know with Broxton, we started with the basics, red, orange, yellow, green, blue and purple. Once he knew those, we started pointing out different shades of the colors.   See that orange car?  But then, he would argue that was not orange, as it wasn't the color he had learned! We tried to explain that there was more than one shade of a color, no matter if we were looking in books, riding down the street or coloring on the porch. Recently, I was sent a book that I knew was going to be great to work with Broxton! It is the Pantone : Colors from Abrams Appleseed! Now, let me tell you about this... I actually added it to the gift bag for Broxton's birthday this past weekend. Well, as soon as he opened it, his friend Garret grabbed it and started to have "school" going through all the colors!  I thought it w
Post a Comment
Read more

Help Spread Smiles and Donate Money - No Cost To You 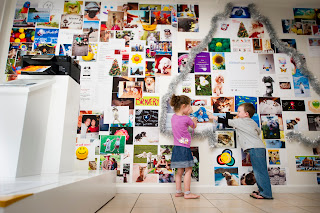 Shirts That Go for the Transportation Lover You Know 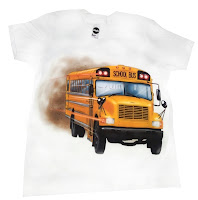 Some time ago, I saw the cutest shirt on someones blog... Of course, I had to do research to see what all was available and let me tell you, I was happy with what I found!!!! If you are looking for a cute kids or toddlers t-shirt for one that loves transportation... Shirts That Go is where you need to be shopping! I headed over and immediately fell in love with quite a few different ones. Broxton came over to see what I was looking at and he was wanting to look at all of them! I was so excited when I found out that I would have the chance to host a review of one for my blog! Broxton is really into all the transportation things right now... Our house is a parking lot for all sorts of toys!  From trains to firetrucks, tractors or helicopters to school buses, we have them all!  That being said, I knew it was going to be hard to pick what shirt would be best for him! I had him come to the computer to look at all of them.  I told him he could pick out one shirt for his birthday.  We look
2 comments
Read more

Fully Charged At the Circus #RBBBATL 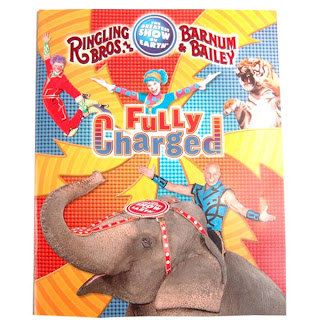 Last year was Broxton's first time going to the circus and we had a blast.   That being said, I knew that I wanted to take him whenever they returned... Not to mention it seems to be right around his birthday, so that makes it extra special. A friend of mine saw that Ringling Bros and Barnum & Bailey were headed our way... They called to see if we were planning on going, as they remembered how much we talked about enjoying the show last year.  Of course, we were... So, they got tickets to go the same night. Marc, Broxton and I got there early for the "media behind the scenes" event.   We got to listen to the animal handler talk... Broxton got to pet the horses...   We even got to watch an elephant up close and personal! After the different animals, Broxton had the chance to meet a few of the different clowns.  I know that some kids are scared of clowns, but he was cracking up laughing at them!!!! After that, we headed over to the Wardrobe
1 comment
Read more

I guess Leappad from @LeapFrog is the IT toy right now... 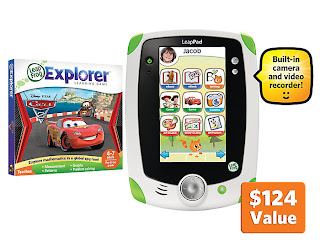 We put much thought into what we wanted to get Broxton for his birthday... Instead of toys, we wanted to get him the Leappad from Leapfrog... Family and friends gave us money and that is our plan... But, I had no clue that it was the IT toy... So, we have traveled ALL over the area looking... No luck!  We have tried to buy online... No luck! Even the Leap Frog store is out of stock!!!! Image from the Leap Frog Store. Has this ever happened to you? What toys was it? I feel like this was how parents felt during the craze of Tickle Me Elmo days!!!!
3 comments
Read more

How long have you been an Idol fan? I watched in the beginning...   Then, work schedule did not allow for it. BUT, we would put the start of Idol on (when the not so good were trying to get that Golden Ticket to Hollywood)  Hey, I worked in a bar and people thought it was funny... Last Year, Marc and I started watching it each week. We would have our favorites and each week we would judge the competition.  I mean, really... We were just like J.Lo, Stephen and Randy.  You know that Marc has Coke running through his veins, so all he really needs is the coke glass that is on their table to be just like them! As we go into the 11th Season of American Idol, Coke wants to continue bringing you fun things to do as a family for Family Night.  I can tell you this... Each time Phillip Phillips is on, my facebook page goes into overload!  Want to know why?  He is from Leesburg, Georgia... That is right there by my hometown of Albany!  Some of my friends know him... (No, I don't, but
21 comments
Read more

So Lucky for the Photographs 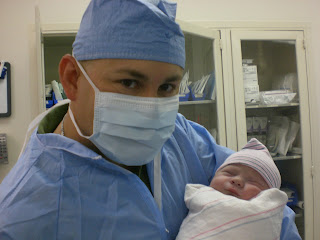 I tell you, I posted the other day about being terrified three years ago ... But then, I never came back to tell you just how wonderful my life is now.. I know you know, but it is nice to think back. Three years ago, I am a first time mom. Hubby is deploying. I am scared.  But, I am so blessed. I was there, for so many of his firsts... and I am so thankful. I remember going in for my C-Section.... I remember Broxton being born, but then... I did not hear him crying, so I started crying... Marc could not figure out what was wrong with me, so I was freaking out about not hearing him cry, he assured me that he was crying and all was okay. Then, they showed me my baby.  All was right in the world, except... I wanted to hold him first, and Marc was the one showing him to me!  See, the little things had me all emotional that day!  Ha ha ha. I saw the loves of my life... The best things that have ever happened to me... Long story short...  I knew then and there, life for me had ch
4 comments
Read more
More posts