Have you seen #DespicableMe3 yet? 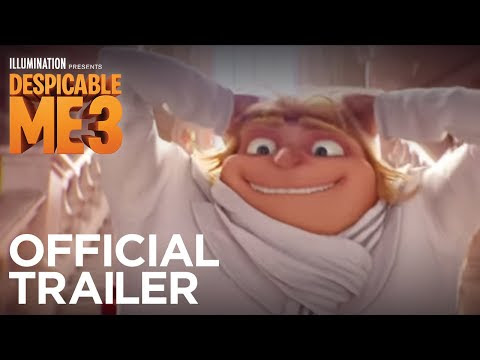 We have not seen the latest Despicable Me 3- but it is on the list. We are hoping for a Mother/Son adventure to go and check it out soon.  Have you seen it yet?   I think it is funny Savannah calls ALL of the Minions "guy!" *** This is not a sponsored post, we are just really excited to see it! Illumination, who brought audiences Despicable Me and the biggest animated hits of 2013 and 2015, Despicable Me 2 and Minions, continues the adventures of Gru, Lucy, their adorable daughters—Margo, Edith and Agnes—and the Minions in Despicable Me 3.  Directed by Pierre Coffin and Kyle Balda, co-directed by Eric Guillon and written by Cinco Paul & Ken Daurio, the animated film is produced by Illumination’s Chris Meledandri and Janet Healy, and executive produced by Chris Renaud. Joining Steve Carell and Kristen Wiig in Despicable Me 3 is Emmy, Tony and Grammy Award winner Trey Parker, co-creator of Comedy Central’s global phenomenon South Park and the Broadway smash The Bo
1 comment
Read more

Recieved an email about LUZIA headed to Atlanta and I wanted to share: Cirque du Soleil  is coming to Atlanta with its delightfully-imaginative and visually-stunning production LUZIA, a waking dream of Mexico. From  September 14 – October 15, 2017 , audiences are invited to a redesigned white-and-gold Big Top at Atlantic Station to escape to an imaginary Mexico – a sumptuous world suspended somewhere between dreams and reality. Through a series of grand visual surprises and breathtaking acrobatic performances, LUZIA takes audiences on a surrealistic journey filled with wonders, playfulness and striking artistry. Smoothly passing from an old movie set to the ocean to a smoky dance hall or an arid desert, LUZIA cleverly brings to the stage multiple places, faces and sounds of Mexico taken from both tradition and modernity. Rich in awe-inspiring moments, LUZIA enchants by incorporating rain into acrobatic and artistic scenes – a first for a  Cirque du Soleil  touring production
1 comment
Read more
More posts