Everyone wins with @MellowMushroom for dinner! Big Game ready! #review

FTC Compliant Review Policy:  The product(s) featured in this review were provided free of cost to me by the manufacturer or representing PR agency for the sole purpose of product testing. Opinions expressed are my own and are NOT influenced by monetary compensation.
You know how you pass by  places and think of it, but never really follow through?  Well, we live near Mellow Mushroom and while we see it often, it isn't when we are thinking about food so we never go there to eat.  UNTIL RECENTLY.  We were given the chance to work with Mellow Mushroom to remind YOU - in case you needed the reminder - about a few deals they have as we get ready for the big game!  (or prepare early for Valentines!)
Guests can order online.
Read from the email to learn more:

Mellow Mushroom, known for its stone-baked pies, has you covered for your at-home party this year.  With 180 restaurants in 21 states, guests can order their favorite pie or choose from the specials below.
The Touchdown Package includes two medium pepperoni or cheese pizzas and 20 oven-baked wings for $39.99.
The Mellow Play Package includes two small pepperoni or cheese pizzas and 10 oven-baked wings for $29.99.
For more information about Mellow Mushroom Pizza Bakers and to view the full menu of munchies, salads, pizzas, calzones, hoagies and more, go to MellowMushroom.com,
Follow on Instagram , like on Facebook , or follow on Twitter.
About Mellow Mushroom

Mellow Mushroom was founded in Atlanta, Georgia in 1974 and today operates in 21 states under the name Home-Grown Industries of Georgia. Each Mellow Mushroom is locally owned and operated.  For over 40 years, Mellow Mushroom Pizza Bakers has been serving up fresh, stone-baked pizzas to order in an eclectic, art-filled, and family friendly environment. 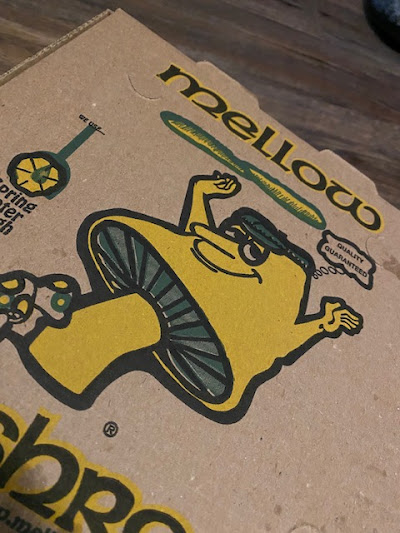 So, the other night we had Mellow Mushroom on the brain, so we decided to check it out and see what we always pass by.  Originally we were going to get one of the deals that had wings with it, but once I saw they had one with pretzel bites, we just had to give that a try!   I went to their website and was able to place an order online and have it ready for pick up in less than an hour.  We finished what we were doing and headed to grab dinner on the way home.   Lucky for me, Broxton was able to run in and grab it (*no need to get Savannah out if I didn't have to!)  I was able to order and pay online, so all he had to do was go in and give our name. Pretty easy! 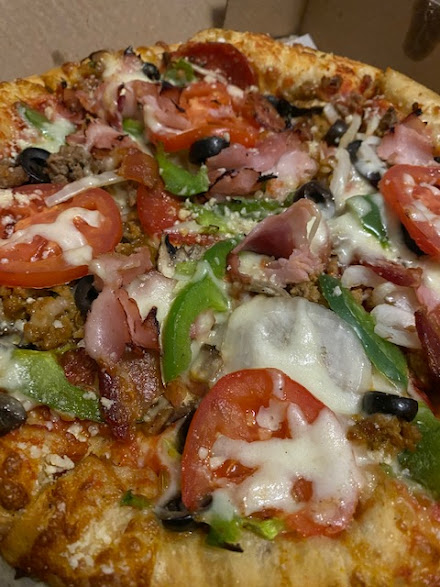 We decided to get their special pizza and it was loaded with toppings!  I will admit, I was a bit put off that when I ordered I did not have a place to leave a note, as I would have asked to have no olives on the pizza... but it worked out for Broxton, as I just picked them off and he got extra.  So really, it was not that big of a deal!
Our dinner was great and it left the kids asking when we would get to have it again.  Looks like I need to keep this in our rotation now!  Do you have a Mellow Mushroom near you?  What is your favorite from there?   When we lived in Atlanta, we had several around us, but here we are limited!
big game football Mellow Mushroom pizza Valentines

As I have mentioned before, the weather change brings the season cold to me... So, I am always looking for whatever might help steer it clear from me. I have been able to review a couple bottles of the "liquid nutrition" from Agro Labs. I was sent both the bottle of Pomegranate (as we know I love Pomegranate!) and the bottle of Superberry Upgrade. Both of these are packed full of everything you need to feel great! But, I will tell you... Since it is packed so full of power, you need to remember that it has a very STRONG and powerful punch of flavor! Luckily, you only need to take a 1 ounce dose... I just wish that it included a little one ounce shot cup or something, I feel I can drink it faster that way than on a spoon... Not sure why... I actually doubled up the dose the first couple days... (*they say no more than 3 ounces a day, so I am fine!) I measured it and poured it into a cup for me to take! I also chased it with water, I am a wimp that way! It is strong, but
Read more