Now this was a fun book to read!!!!  Gigi Rowe Wishes was exactly what Savannah needed to read to put a huge smile on her face!   As she turned each page, she had to compare that she was just like Gigi Rowe and even asked at one time if the book was actually written about her!  When Gigi was travelling, it was her and I... and when Gigi was singing, it was when she does her karaoke!  I loved it and after we read it the first time, she asks to have us read the book that is about her whenever she wants us to read it together!  I hope that we get more Gigi Rowe adventures! 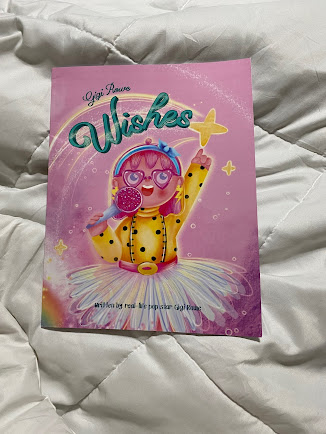 Synopsis: “Gigi Rowe Wishes” by Gigi Rowe is an enchanting children’s book that follows a creative young girl as she embarks on a whimsical journey where she imagines living her dreams. Throughout the book, readers will travel with Gigi as she wishes she was in Paris, Rome and flying through the sky in a magical pink car. Her imagination will inspire readers of all ages to believe in their wildest dreams and find their inner magic. The book is told through beautiful illustrations that show Gigi living her dreams of becoming a pop star and living in cotton candy clouds in a charming place called the Stardust Motel. This sweet tale will bring smiles to many faces and excite young readers that anything is possible. Rowe celebrates moments of her life that she has been lucky enough to experience throughout the pages of her debut picture book. Ultimately, “Gigi Rowe Wishes” will spark the imagination of many readers and invite them to dream along with little Gigi. 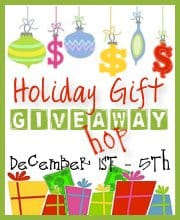 Guess what?! I am participating in a Holiday Gift Giveaway Hop!!!! I am so excited, you have no idea!!!! So, just what are you going to win by entering here?! Melanie, the owner of The Homestead Company , is giving you a $30 gift certificate to her store! The Homestead Company has so many wonderful items to choose from. The best? They are made from NATURAL INGREDIENTS! I know that you will have a hard time deciding what to get! They have so many items... Just in the baby section: Baby items... for your baby or a gift... Great selection! ( If you or your little one suffers from eczema, I recommend the eczema oil !) One thing I love about this is it comes in a roll on tube, less mess! :) If you are looking to pamper yourself... The foot spa set is amazing!!! The feel, the smell... WONDERFUL!!!!! Ready to win? This contest is for 18 and older US AND CANADA Winner will win: $30 gift code to The Homestead Company Mandatory Entry : You must follow me on GFC Bonus Entries : Like
Read more