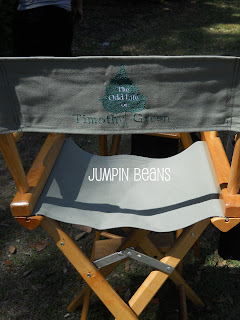 When we were at my parents a couple months ago, we heard that there was a possibility that a Disney movie would be coming to town for filming.
Of course, as soon as that was talked about, I started looking it up.
I wanted to know if they would or not.
For a couple different reasons...
One, the money that it would bring is much appreciated! :)
Hotel room rentals, not to mention food and gas.
Two, I really wanted to see it being filmed.
Well, we were home last weekend and lucky me!
They were filming it!

The movie is " The Odd Life Of Timothy Green."
It stars Jennifer Garner, Joel Edgerton, Dianne Wiest, and Ron Livingston.
If you go to The Odd Life of Timothy Green IMDB page, you will see that the movie is about a childless couple that bury their wishes for a child in a backyard. Soon, a baby is born...
That is about all I can get out of it!
I am not sure when the trailer will be released for this, as they just finished filming it.
Actually, the day I got to watch was supposedly the last day of filming!
Whew, Almost missed it!
I was able to talk to some of the crew and from what I was told...
They have several location scouts that looked all over.
The movie was filmed in Atlanta, Ga (as well as a few other places) but the location scouts picked Albany, Ga for the fact of our tree lined streets. 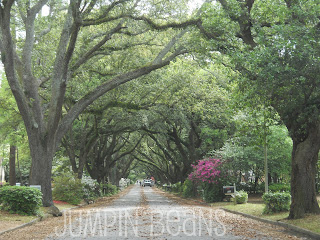 I LOVE our Tree Lined Streets, I think they are beautiful!!!!
They filmed for about 9 weeks... (Less than a week was spent in Albany)
There is still no release date, which I am dying to know when it is...
Oh and get this...
The highlight for me..
I got to talk to one of the still life photographers...
Of course, I wanted to know why you need a still photographer when it is a film...
(Maybe a dumb question, but I wanted to know!)
The reason they do that?
It is to measure the light so they incorporate it back in the movie.
He actually showed me a few of the shots he took!
So very nice!!!!! 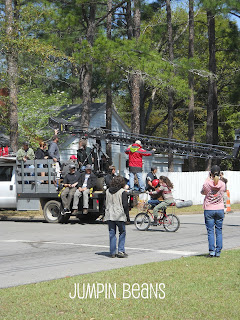 This was a shot of the film crew as they filmed an actual scene in the movie. 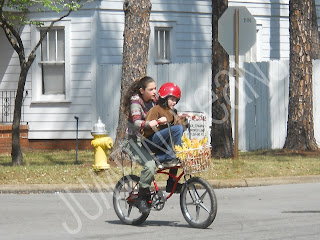 This is after they filmed and were headed back for another take. 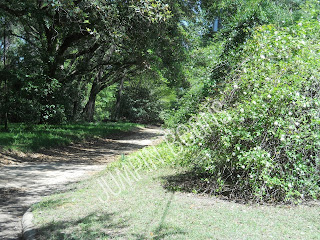 From what I was told, this is the site of a scene with the two main characters (the two kids) walking. I got there right as they were packing up... But that allowed me to sneak this picture: 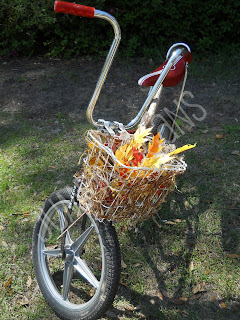 This is the bike that they ride...
DOWN THE TREE LINED STREET!