With the holidays in your life....
Why not spice it up another notch with Zestra?

All from the Zestra Site:

Many women say that feelings of desire, arousal and sexual satisfaction do not happen as naturally as they would like. Zestra was developed to provide a much needed option that is safe and effective for all women to feel more sexually satisfied effortlessly.
Zestra is a safe, patented blend of botanical oils and extracts, created to help women feel more — effortlessly. Topically applied Zestra works within minutes by heightening your sensitivity to touch — for deep, pleasurable sensations, sexual satisfaction and fulfillment.
After applying Zestra, the effects — the Zestra Rush™ — begin within 3 to 5 minutes and last for up to 45 minutes.

Zestra Featured in Shape Magazine
Zestra has been recommended by millions of women, clinically proven, and physician approved. Despite all this, Zestra has had a difficult time getting its ads approved in any sort of mainstream media. Their ads have been refused by most TV networks, cable stations, radio stations, and websites such as Facebook and WebMD.
In a world where Viagra and Cialis can run advertisements during the Super Bowl including lines like, "An erection lasting more than four hours" why isn't it okay for women to talk about solutions for a better sex life?
Check out this article published in the San Francisco Chronicle and Huffington Post about the double standard in advertising that Zestra is constantly battling:

Important Information for You to Know about Zestra: 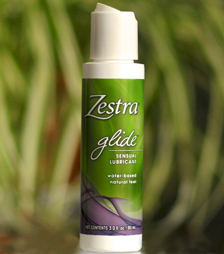 Zestra comes in convenient, single-dose personal packettes. Each individual packette keeps the essential arousal oils and extracts fresh and safe from light.
* Most women find that one packette is the right amount. However, some women find a ½ packette is enough while others prefer more. We recommend trying one personal packette first, then adjusting, if necessary, the next time you use Zestra.
Zestra can be used as often as you like — including during each sexual experience.

Here are a couple coupons if you want to try it out:

FTC Compliant Review Policy: The product(s) featured in this review were provided free of cost to me by the manufacturer or representing PR agency for the sole purpose of product testing. Opinions expressed are my own and are NOT influenced by monetary compensation.
Review women zestra