We have the boys here for the summer. You know what that means? That means 4 boys, all under the age of 15 in one apartment... You know that someone is bound to get a "battle wound" of some sort.
Luckily for me... The OUCHIESI was about to review came just in time!

It is funny though, whenever they get cut or something, they were quick to say that they did NOT need a bandage of any sort... When they saw the OUCHIES, everything changed!

At first, they were honest and claimed that they thought they were pretty cool and just wanted to wear it... Then it turned into they "needed" one... (All because I told them they would not get a new one every day, we were not going to waste them and then not have them when they needed it!)
The youngest (well, second youngest, not Broxton!) claimed he needed one for everything!
He cut his foot, okay... You can have one... He jammed his finger and guess what... HE NEEDED an OUCHIE to make it better! 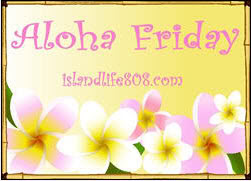 It is that lovely day of the week that so many look forward to:
FRIDAY!!!
You know the drill, answer my question... Ask your own and then go and visit Kailani!
My question this week:
What is a television show that you are hooked on right now?
As for me... I am still loving my ARMY WIVES!!!!
I also enjoy watching Cold Case, Criminal Minds, The Mentalist... You get it...
Let me know about you... Then, go and enjoy your weekend!!!


Don't forget to make the most out of your visit: Enter my contests!
Daily Portrait
ReUsies Reusable sandwich bag
Rhoost Baby Safety 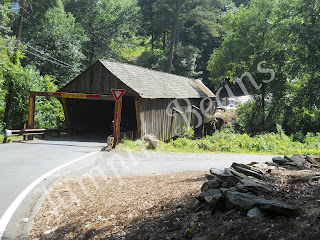 I have a thing for covered bridges...If I had plenty of money and Marc had time off of work... I would just LOVE to rent an RV and travel all over the U.S.A. and take pictures. Of all the landmarks... and of the lighthouses... and of course, covered bridges!

Where we just moved, I found out that there is a covered bridge (that you can still drive over!) So, of course, Marc took me to find it... And we drove over it...