Down to the last drop of syrup! #LadyPancakeandSirFrenchToast 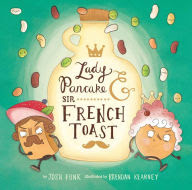 FTC Compliant Review Policy:
The product(s) featured in this review were provided free of cost to me by the manufacturer or representing PR agency for the sole purpose of product testing. Opinions expressed are my own and are NOT influenced by monetary compensation.
Image Credit - Barnes and Noble
We have recently started reading a cute and funny rhyming book by Josh Funk called Lady Pancake and Sir French Toast.  This book has had us laughing and has had Broxton asking for me to read it each night before bed.  In Lady Pancake and Sir French Toast, we get to watch the two of them as they go on a journey through the fridge to see who can get to the syrup first.  It was full of fun adventures and we were cracking up as we read each page.  The book is full of wonderful illustrations and it is sure to delight kids of all ages!
Tell me, if you read this... wouldn't you want to see what the book was all about : LADYPANCAKE & SIRFRENCHTOAST (Sterling Children’s Books) have a beautiful f…
3 comments
Read more

Stay stocked up with a name you can trust with @crayola

FTC Compliant Review Policy:The product(s) featured in this review were provided free of cost to me by the manufacturer or representing PR agency for the sole purpose of product testing. Opinions expressed are my own and are NOT influenced by monetary compensation.
Image Credit- Crayola  Pretty much all children are back into the routine of school days.  I am pretty sure you all bought all the items on the supply list, but if you are like me, you wonder why they need all they do.  I saw where one teacher requested 40 glue sticks.  I am really hoping she meant to put 4 and it was an error, but that was not our school, so I will never know.  On our list we had pretty basic things... Items like 4 notebooks, 6 glue sticks, 3 boxes of crayons.  I know at our school they do the "community " piles with all of the supplies.  I will admit, I am not really a fan of that, but I have no say in it.  If I am buying Crayola Brand, I don't want my son to end up with a knock off brand.  I…
2 comments
Read more 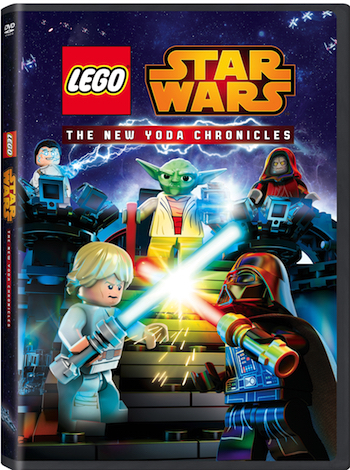 FTC Compliant Review Policy:The product(s) featured in this review were provided free of cost to me by the manufacturer or representing PR agency for the sole purpose of product testing. Opinions expressed are my own and are NOT influenced by monetary compensation.

If you know my six year old, you know that he is LEGO Obsessed.  Then, about 2 and a half years ago, he decided that he was going to become a huge fan of Star Wars too.  (Thanks to his daddy being  big fan.)  In fact, he is such a big fan that for one birthday, basically every gift was a LEGO set.  If he sees a Star Wars shirt, he thinks he just has to have it to add to his ever growing collection.
Having tried to explain to you the love of his for ANYTHING Star Wars and Lego, I was so excited to see the release of LEGO Star Wars : The New Yoda Chronicles.  Whenever we go to visit my parents, we have a hard time finding shows for him to watch on their TV.  Either the shows are ones that are too mature, or to babyish, then you …
2 comments
Read more
More posts