Scooby Doo and the Mask of the Blue Falcon 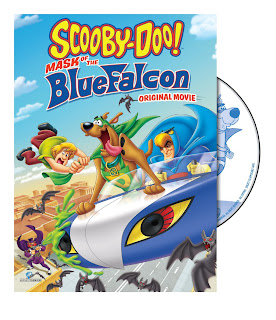 Scooby Doo and the gang have been around as long as I can remember, although truthfully, I have no clue how they used to do so much... you know, before the days of the internet!!!!  In the Mask of the Blue Falcon, Velma learns of a mystery on their laptop...   The gang is heading to a Comic Convention and Shaggy tells Velma she is not allowed to mess with the laptop until after the convention, as they don't want to have the mystery interfere with their fun at the convention...  I thought this was a great Scooby Doo Movie, as it had a cartoon I LOVED as a kid... with the characters trying to defend the honor of a cartoon hero they loved!!!! Synopsis: Get set for superhero hi-jinks and adventure in  Scooby-Doo! Mask of the  Blue   Falcon  as Scooby-Doo! and the gang go head-to-head with a super villain they thought only existed on TV! Scooby-Doo! and his pals make big plans to attend a popular comic book convention. No one however, is more excited than Scooby-Doo! and Shaggy b
2 comments
Read more 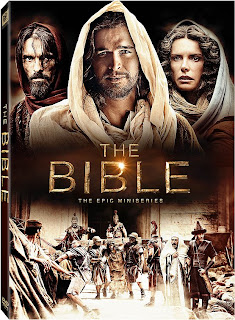 I just wanted to make sure everyone was aware that this Sunday, March the 3rd ...   The 10 part miniseries of The Bible will be showing on The History Channel. You can watch it now and then purchase it when it is released on DVD/Blu-Ray in April!!!! EXPERIENCE  THE  GROUND-BREAKING 10-PART HISTORY® MINISERIES FROM MARK BURNETT AND ROMA DOWNEY IN SPECTACULAR HIGH DEFINITION AND 5.1 SURROUND SOUND From Executive Producers Mark Burnett ( The  Voice, Survivor) and Roma Downey (Touched by an Angel) comes  THE   BIBLE   — an epic 10-hour miniseries debuting on History ®  March 3, and coming to Blu-ray, DVD and Digital HD April 2 from Twentieth Century Fox Home Entertainment. Featuring hours of never before seen behind- the -scenes footage and making-of featurettes in a stunning high bit rate HD transfer and immersive 5.1 audio,  THE   BIBLE   is  the  must-own Blu-ray and DVD event of  the  year.  The  Blu-ray and DVD exclusively feature an all-new cut of  the  miniseries
3 comments
Read more 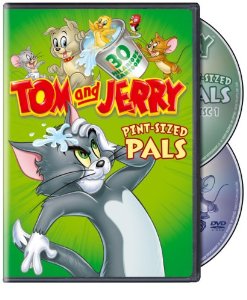 Broxton is always hit or miss when it comes to Tom and Jerry.  Depending upon the day and time, he might be a fan, but at other times, he could care less.  That was the case with the latest DVD that we received.  I thought Broxton would be pretty excited since he does like Tom and Jerry... This was a special DVD as it shows more of the other characters than some of the other DVD's.  Broxton seemed to be upset with the shows (especially Spike and Tyke ones...) That was odd to me, as Spike and Tyke were the two characters I remembered and loved the most... It is funny to me, just hearing the theme music transported me back to my youth...  It was like I was a kid again!!!! Anyways, instead of a trip down memory lane, let me get back to the DVD... Broxton seemed to think it was too much and wasn't a fan... and then I have read on another site that maybe it isn't for younger kids... I don't know.  Broxton isn't normally like that, so I am not sure if it is the episo
2 comments
Read more

Killing Me Smalls - Name That Movie 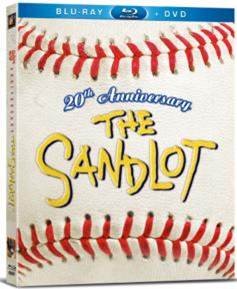 If you know, "Killing Me Smalls" you know the movie... THE SANDLOT!!! I am so excited for this post... I do not remember exactly when it was, but some time ago... I fell in love with the movie, The Sandlot. Through the years, we have watched it whenever it is on television...  and lately, whenever we get the boys, I grab my parents DVD copy for the boys to watch on the way back to Atlanta.  It is that good, you don't tire of it... This is for sure a family movie and a sports movie too... The best kinds in our house of boys!!! So, when I saw that the 20th Anniversary of The Sandlot was going to be coming out on Blu-Ray / DVD combo pack, I just had to share... Short Synopsis: It’s early 1960s and fifth-grader Scotty Smalls has just moved into town with his folks. Kids call him a dork - he can't even throw a baseball! But that changes when the leader of the neighborhood gang recruits him to play on the nearby sandlot field. It's the beginning of a magical su
1 comment
Read more

Lettuce Love One Another - Veggie Tales Just because Valentines Day has passed, it does NOT mean that we have to stop showing those around us that we love them!!!!  I know there are tons of people that do not like Valentines Day, because it is so commercialized...   That being said, I wanted to tell you about the latest DVD release from VeggieTales: Lettuce Love One Another. Veggie Tales : Lettuce Love One Another DVD DVD Synopsis VeggieTales : Lettuce Love One Another!  includes three popular  VeggieTales  episodes— Tomato Sawyer & Huckleberry Larry's Big River Rescue ,  Abe and the Amazing Promise  and  King George and the Ducky —in addition to five brand-new “Bible Bits,” story shorts that demonstrate examples of giving and forgiving, helping, praying and sharing. Each episode in this collection helps teach a valuable lesson about love, whether it’s through honoring others when we help them, having patience or the importance of putting others first.  This DVD shows us that there is no certain &qu
2 comments
Read more 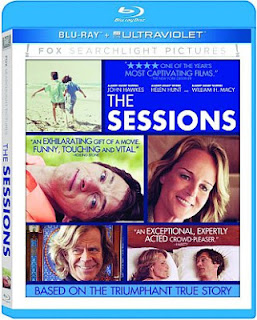 I just watched The Sessions and I am really at a loss for words. This is a movie based on a true story and it was just so ...   Sexual. I mean, you would expect it to be, since it is based on Mark O'Brien's article, "On Seeing a Sex Surrogate." Long story short... In this movie, Mark O'Brien was paralyzed since the age of 6 (Polio) and is working on writing a new article about people with disabilities having a sex life...  (That also means him!)  He ends up seeing  a sex therapist to work on his own personal issues... This was a movie that shows you about love and not settling for anything but what you want.  I would for sure tell you not to watch this movie when you are with kids...   This movie has won awards and has been the talk among many people...  I just hate that I can not say if I liked it or not, since I am still unsure about it... Let me know if you plan on watching this (or if you have watched it) I would love your opinion! Official Synopsis
4 comments
Read more

Mommy and Me - Birthday Fun 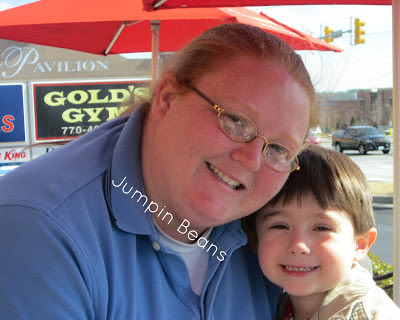 Today I am linking up with Krystyn over at Really, Are You Serious for today's Mommy and Me. Last week was just busy, busy, BUSY!!!! Broxton had a birthday party that was pretty fun for the kids... An indoor play area where the kids could jump and have a blast!  Then, we celebrated his actual BIRTHDAY with him getting to do what he wanted to do... That included firehouse subs... and spending some of his birthday money!!!! We also celebrated at school one day with cupcakes for the class.... Talk about making the most out of turning 4. You know, now that he is 4... He is such a "BIG KID" that he can do everything. Literally, he thinks he can do every.single.thing. It is a good and bad thing... I love that he is growing into such an independent little "man" but at the same time... SLOW IT DOWN A NOTCH!!! Mommy Loves Her BABY Boy!!!! This photo is on his actual birthday... Out front of Firehouse Subs.... Hosted by Krystyn at Really, Are You Se
8 comments
Read more
More posts