February 09, 2020
Albany, Georgia was lucky enough to have Hot Wheels Live Monster Trucks this past weekend. Sadly, people complain that there is never anything to do in town.. but they have been bringing more and more events.   This was another family friendly event that people could enjoy!   We had a busy weekend, but made it a point to go and check it out.   We got to the event in time for the Crash Party and I am so glad we did!   Savannah has always had a fascination with Monster Trucks, so I was excited to see her expressions.  Broxton used to love them when he was younger, but you know...  He is 10 now and thinks he is grown...   So- let me tell you about our time!  (Side note, Savannah has decided that she is a HUGE fan of Christian - The Hot Wheels #1 driver... there will be a different post about him!  Stay tuned! ) 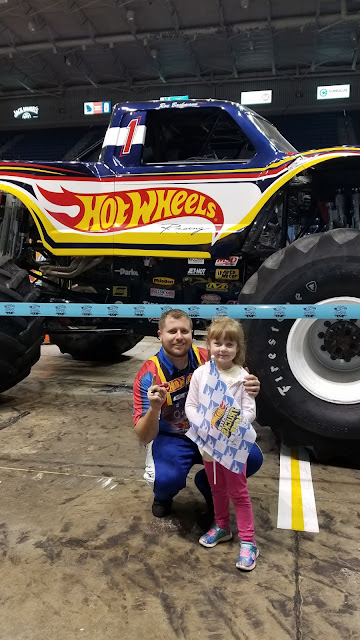 (This is Savannah and Christian.)
FTC Compliant Review Policy:  The product(s) featured in this review were provided free of cost to me by the manufacturer or representing PR agency for the sole purpose of product testing. Opinions expressed are my own and are NOT influenced by monetary compensation. 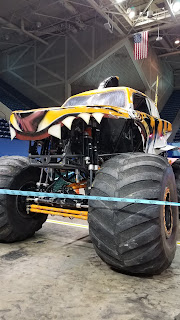 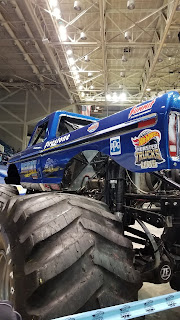 Up close and personal checking out the Hot Wheels Monster Trucks before the show!   I was excited to see BIGFOOT (the blue one in the picture)  as it is the most iconic one to me. Savannah said she liked Tiger Shark (the one with teeth) when she saw them online.. but then she saw Hot Wheels #1 video and saw it in person... and then  her mind was made... THAT was her #1 truck!!!  Meeting the driver that was super nice to her just sealed the deal! 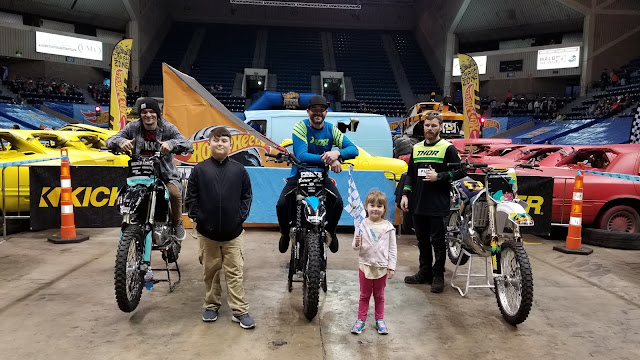 Just to give you a break down on The Crash Party for Hot Wheels Live Monster Trucks... It starts a bit earlier than the show... They have the different trucks that are in the show...  You can meet the drivers. get autographs and take pictures...  They have the guys that do the bike tricks...  They even have the announcers walking around talking to the fans...  AND THEN ----- 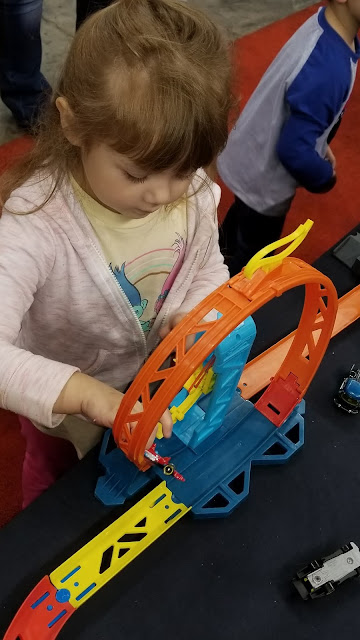 They had a Hot Wheels Play area for the young fans!   Savannah had a blast there (I think Broxton had fun once he found a couple boys his age there that were racing the Monster Trucks!) 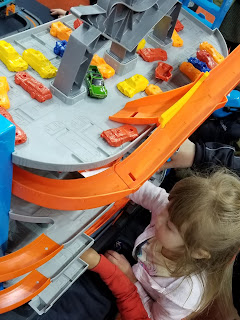 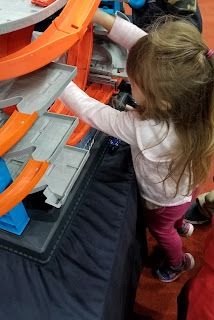 I think there are going to be Hot Wheels Tracks / cars/ trucks on Christmas / Birthday lists soon! 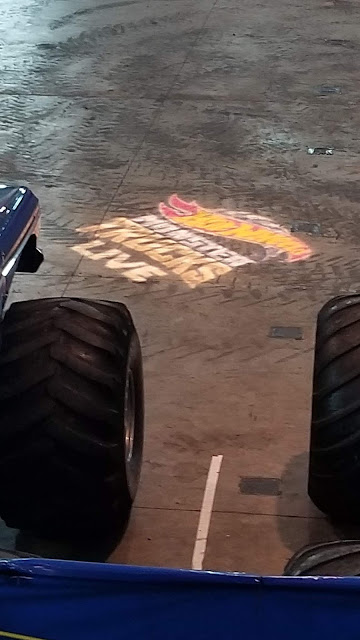 About 30 minutes before the show started, they had everyone clear off the pit area so they could prepare for the show.  (They had to get the Play area out of there and get the trucks in position!) 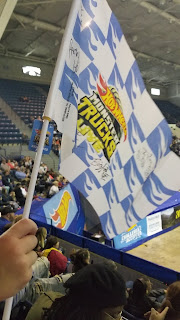 Heads up, they had plenty of souvenirs.  They had shirts, checkered flag (like we got),  pennant flags, Monster Truck vehicles and more!   We grabbed a checkered flag to get autographs on... and then found out that they gave you and autograph card when you got down on the main floor.  Savannah got both signed :) 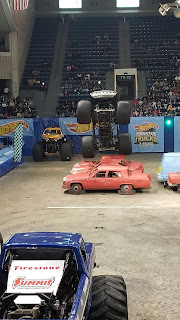 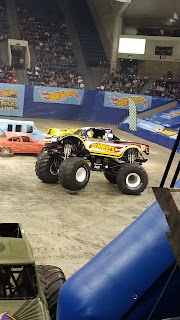 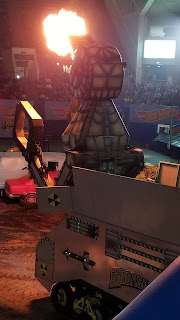 The show was great.  They had a couple events and then they had Megasaurus come out (both kids wanted to buy one of this guy... didn't see it anywhere though!) Then they set up a ramp and had the bikers come out for a few jumps.  After that, the Monster Trucks did a few more events and then it was over.   ***  Pointer- they also set up for autographs AFTER the show in case you didn't get to go down during the pre-show.  We went again, remember... stay tuned to hear about Savannah and Christian (Monster Truck #1!)

We had a blast and are already planning to go back!    If you have the chance to check out a Hot Wheels Live Monster Trucks show  near you, I recommend it!  You will have a blast! Take earplugs or headphones, if noise bothers you!
albany Albany Georgia Georgia hosted hot wheels monster trucks live