July 23, 2013
FTC Compliant Review Policy:
The product(s) featured in this review were provided free of cost to me by the manufacturer or representing PR agency for the sole purpose of product testing. Opinions expressed are my own and are NOT influenced by monetary compensation.

Being totally honest here... Isn't that what you come here for?
I was not really into the CD we were recently sent for review...
Recess by Justin Roberts...

I mean, the sound was fine... but it just did not do anything for me!
This is a CD that will be listened to with earphones!!!!
(Nothing against Justin, but there is only so much a mama can take, you know?) 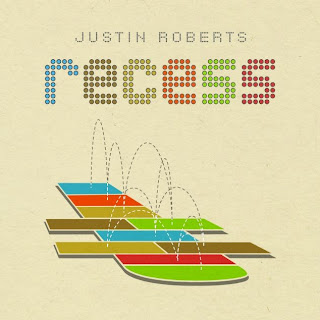 Justin Roberts (www.justinrobertsmusic.com), whose 2010 album, Jungle Gym, took the nation by storm with a Grammy nomination and a raft of critical acclaim, will release Recess, a new collection of high-energy pop songs for the whole family, on July 23rd. Roberts and his band mates, the Not Ready for Naptime Players, will celebrate this ninth family music release with a full slate of summer concerts, including the Ravinia Festival in Chicago.

Recess rocks with gigantic electric guitars, intricate vocal harmonies, and impossibly catchy melodies that will burrow deep into your brain. In his most unrestrained release yet, Justin Roberts explores the world from multiple perspectives – kids who love to play, the proud but exhausted parents of twins, and a loyal pet dog, just to name a few.  Whether kids are jumping through the chalked boxes of “Hopscotch” or running around the playground to the triumphant electric rock of “Recess,” these 12 original songs will add energy to any day. The limited-edition CD package will include a pop-up robot, and secret web links to craft activities and bonus media.
USA Today calls Roberts “hands down, the best songwriter in the genre,” Entertainment Weekly says he is “a master of conjuring up images that resonate with the young ones,” and The New York Times thinks he just might be “the Judy Blume of kiddie rock.” The Los Angeles Timesspeaks for many reviewers in stating that Justin Roberts delivers “deft lyrics and beautiful sound,” every time.
With Recess, Justin Roberts “continues to craft universally likable pop songs that adhere to the brain like flypaper.” (Amazon.com) There must be dozens of kids’ songs about robots, but Roberts’ “My Secret Robot” heads in an unexpected direction:  “He’s got a calm demeanor, looks like a vacuum cleaner. He’s never scared when my sister comes around.” Not every song’s theme is obvious from the start; it takes more than just a minute to figure out what “Every Little Step” and “Otis” are all about.
While Justin’s music always appeals to kids, parents have long appreciated the songcraft and layers of meaning in his compositions. On Recess, tracks such as “Looking for Trains” offer ruminations that easily apply to an adult’s life. Expertly produced by Not Ready for Naptime Players band mate Liam Davis, Recess features a range of styles, from power pop to ska, and gentle country-tinged acoustic rock to 60s psychedelia.
Recess follows Justin Roberts’ fall 2012 release, Lullaby, his first collection of softer songs for quiet moments (newly available on vinyl). In its ‘A’ review,  Entertainment Weekly writes of Lullaby, “The lyrics will break your heart with their poignancy, and the music will make you celebrate that there are such exceptional artists making songs for children these days.”
Justin Roberts is a Chicago-based artist who logs thousands of miles on the road each year while performing hundreds of concerts around North America. With numerous national awards (including seven Parents’ Choice Gold awards and six NAPPA Gold awards), and critical recognition from the likes of Parents, School Library Journal, People, and Time magazines, Justin Roberts and the Not Ready for Naptime Players consistently dish out intelligent and whimsically engaging music.

Roberts also recently authored a new picture book for children, to be published by Putnam in 2014.
Recess will be available from retailers nationally on July 23, 2013 (Carpet Square Records, distributed by MRI/Sony Music, $14.98 SRP).