May 28, 2014
FTC Compliant Review Policy:
The product(s) featured in this review were provided free of cost to me by the manufacturer or representing PR agency for the sole purpose of product testing. Opinions expressed are my own and are NOT influenced by monetary compensation.

If you have a Dora Fan - get ready to buy a new DVD!!!  Dora and Boots - Best Friends Forever- out on DVD May 27th.  Get ready to be the one putting smiles on your little ones face as you wow them when you gift them the latest from Nickelodeon. 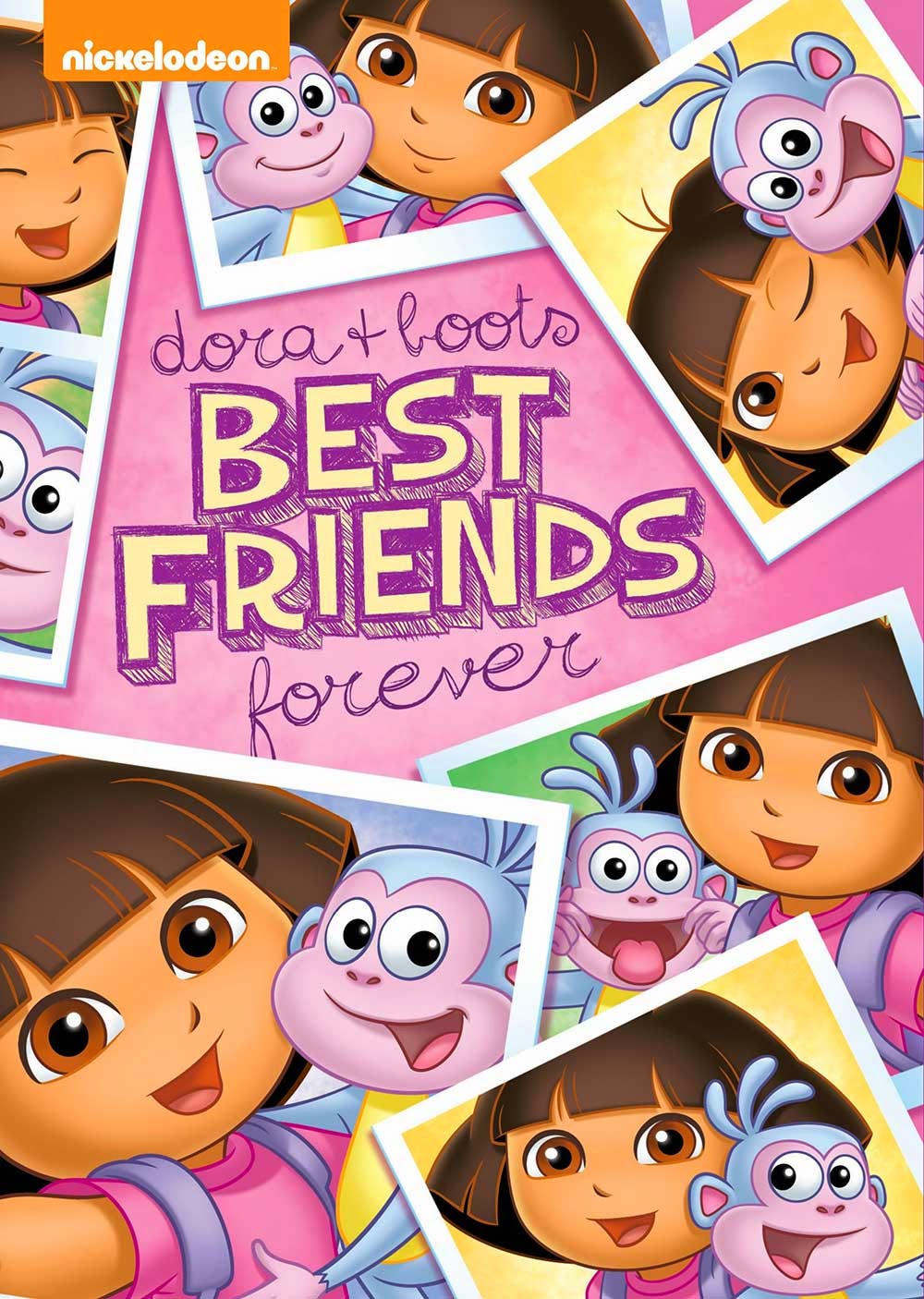 Join best friends Dora and Boots on EIGHT of their greatest adventures in the all-new DVD Dora and Boots – Best Friends Forever.  Come along with the inseparable duo as they explore a magical rainforest amusement park, celebrate Best Friends Day, rescue Boots’ beloved shiny red boots, recover Boot’s lost cuddly dinosaur, and much more! Enjoy more with this set including over three hours of fun with Dora and Boots. Created by Nickelodeon Home Entertainment and distributed by Paramount Home Media Distribution, Dora and Boots - Best Friends Forever will be released on DVD on May 27, 2014. Dora and Boots - Best Friends Forever Episode Synopses: Riding the Roller Coaster RocksDora, Boots and Abuela explore the magical rain forest amusement park, Adventure Forest, so they can ride the Roller Coaster Rocks! Best FriendsHappy Best Friends Day!  Today is a special day for best friends to play together.  Boots and Dora decide to meet for a picnic to celebrate. Dora’s First TripDora tells the story of how she first met Boots.  On their very first adventure, Dora and Boots have to bring instruments back to the Fiesta Trio so they can play for the cranky Queen bee. The Big RiverBoots loses one of his shiny red boots in the Big River.  Dora and Boots set off on a wild water adventure as they chase after the runaway boot. Boots’s Special DayToday, Boots gets to do anything he wants because it’s his special day!  His most favorite thing in the whole world is to visit his daddy at work. Baseball BootsBoots loves baseball!  He loves to run, catch, and throw, but so far he’s never gotten a hit.  So when Dora and Boots have a big baseball game, Boots is determined to get his first hit. Boots’s Cuddly DinosaurIt’s bedtime, and Dora and Boots are having a sleepover.  Dora has her teddy bear, Osito, but Boots can’t find his cuddly dinosaur.  His dinosaur must have fallen out of his bag at Play Park. Call Me Mr. RiddlesBoots is thrilled to hear about the riddle contest today at the Tall Mountain.  Boots is sure he can solve the silliest riddle.