September 10, 2015
FTC Compliant Review Policy:The product(s) featured in this review were provided free of cost to me by the manufacturer or representing PR agency for the sole purpose of product testing. Opinions expressed are my own and are NOT influenced by monetary compensation.

Do you have pets?  We don't... yet.  Maybe one day, but no time soon!   Broxton had asked for a puppy or a sibling and well, we see what route we chose to head down!  He loves dogs and maybe one day we will get a dog for him, but not these days. It is enough with a baby and a very hard headed son!   Until then, he can somewhat get his "fix" by watching a puppy filled DVD from Nickelodeon.   He is happy watching it and I don't have to clean up after a puppy any time soon!   I know that the days of these shows are almost all in the past, as he will sometimes say they are " too baby" for him... but he doesn't complain when it is on as background while he plays with his toys!  I love that we are still working on building up a great DVD library for Savannah!!! 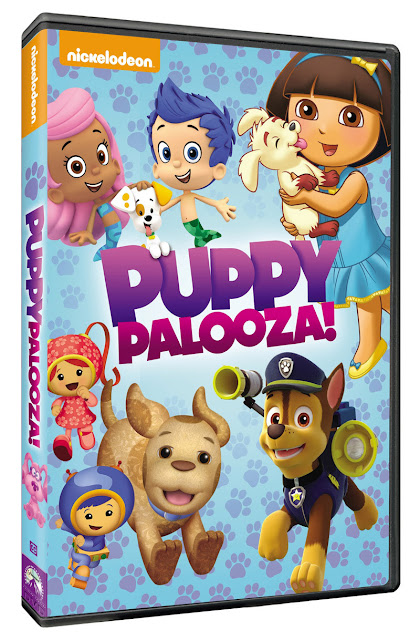