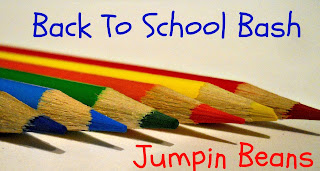 I never noticed the importance of Probiotics until Broxton was sick one time.  We had just started a "play group" of sorts and he was around kids (and yes, germs....)  He got a nasty bug and I did not know what to do.   It was the middle of the night, so I called the on call nurse and tried to figure out what I needed to do to make my little one "all better."  She asked questions to figure out what was going on, gave me advice and then started telling me that I needed to get probiotics in him.
Truth be told, I had no clue what that was, so I had to google to figure it out.
Long story short, I took it to be that probiotics are the good bacteria that helps your immune system.
It can be found in yogurt and other items, but the sure fire way to know if you have them on hand and ready is to just purchase probiotics to keep in your medicine cabinet.
One point when we had the boys, I noticed they were all not feeling well, so I quickly started them on probiotics... Their tummies ended up feeling better and now they normally ask for them when they come to visit.
Recently, I was sent Probitotics for Kids...
They have the packets for 25-50 pound kids...
(With this one, you mix it in their food or drink)
They also have chew tablets that are for kids 50-100 pounds.
After 100 pounds, they have other forms of probiotics, but we just got the kids ones for Broxton.
I will admit, he did take one of the chew tablets because I wanted to see his reaction.
He put it in his mouth and thought about it for a minute, then said, "candy?"  and chewed it up.
I told him it was medicine to make his tummy all better and he was fine with that.

With the powder, it says to make sure you mix it in cool food or drinks...
It says it is flavorless, Broxton hasn't said anything, so I am guessing either it is, or the flavor is so small that he really has not noticed.  With school starting, I am glad that we have these on hand...
Head on over to the Culturelle website to grab a coupon for purchasing .

FTC Compliant Review Policy: The product(s) featured in this review were provided free of cost to me by the manufacturer or representing PR agency for the sole purpose of product testing. Opinions expressed are my own and are NOT influenced by monetary compensation.
back to school Back to School Bash culturelle health and wellness probiotics Review