March 19, 2014
FTC Compliant Review Policy:
The product(s) featured in this review were provided free of cost to me by the manufacturer or representing PR agency for the sole purpose of product testing. Opinions expressed are my own and are NOT influenced by monetary compensation.

My brother enjoyed the Ninja Turtles when he was younger... and I am so excited that Broxton has followed in his Uncle's footsteps.  He really enjoys them and besides having the ninja turtle toys, he also has a couple of their DVDs in his little cartoon library!  Now, we are adding a new one : Mutagen Mayhem!   Just need to get his Uncle over for a little uncle-nephew bonding time!!!  This would be a great addition for a cute little Easter basket!!! 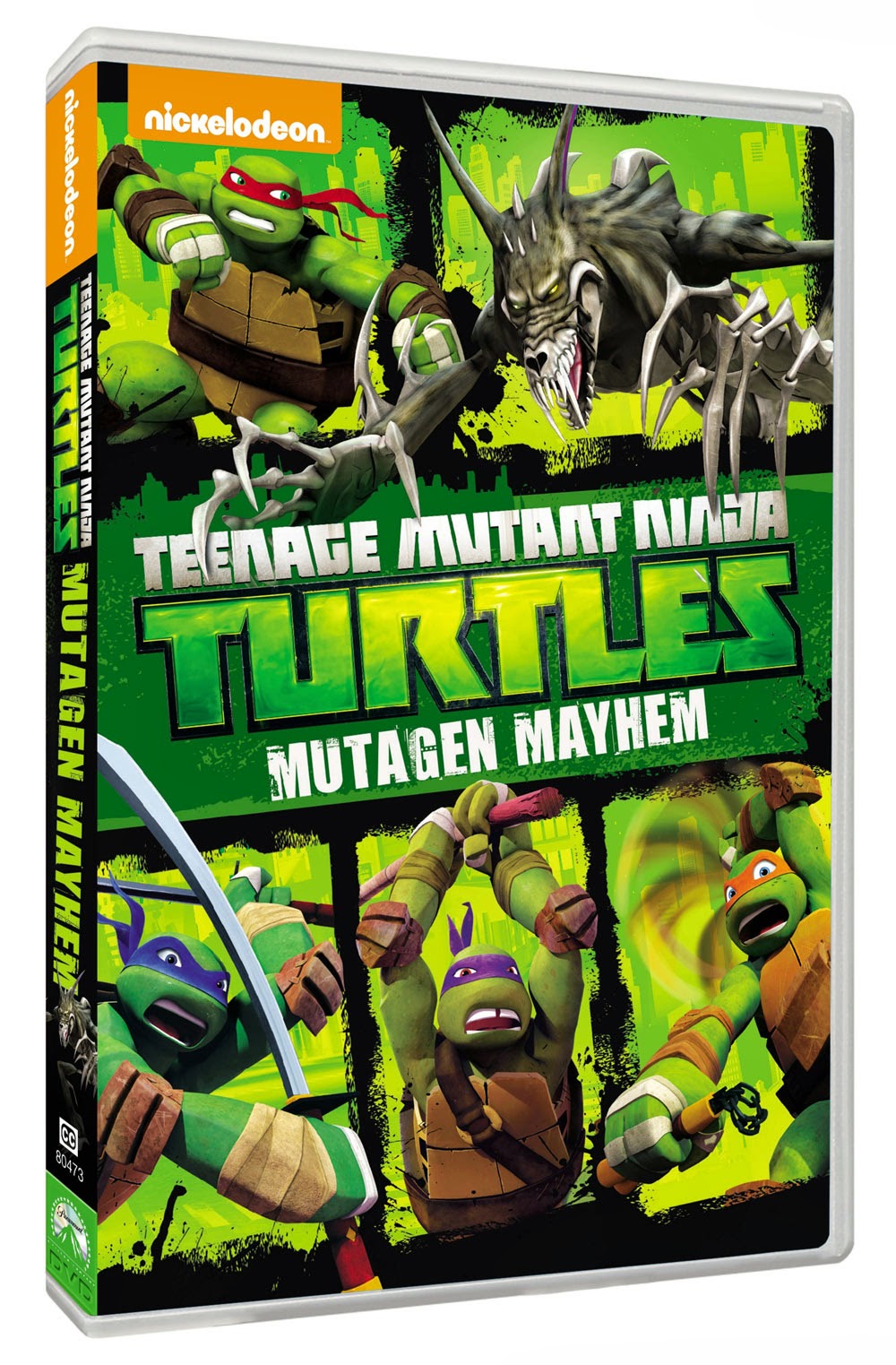 Teenage Mutant Ninja Turtles: Mutagen Mayhem Episode Synopses: The Mutation SituationWhen Shredder teams with the Kraang to receive a batch of mutagen, the Turtles’ problems only get worse—even putting their friendship with April at stake. Follow the LeaderWhen the Turtles face Shredder’s newest threat, an army of Robot Foot Soldiers, Karai captures Leonardo and forces him to do battle with these new and improved ninjas that can adapt to his every move. Invasion of the SquirrelanoidsWhile tracking mutagen, the Turtles bring a mutated squirrel back to the lair. When it starts multiplying, the Turtles must hunt the squirrel mutants and prevent them escaping into the city. Mutagen Man UnleashedDonatello obsessively experiments with mutagen in a bid to find a cure for April’s mutated father. Unfortunately this puts April in danger from a new threat—Mutagen Man! Mikey Gets ShellacneMichelangelo is tired of being the “runt of the litter.”  But when he fools around with some mutagen, he gets a dangerous infection that is mutating out of control. Target: April O’NeilApril tries to resume a normal teenage life, but when Karai starts hunting her again, April realizes she may have put her new friend Casey Jones in danger as well. Teenage Mutant Ninja Turtles: Mutagen Mayhem Fast Facts:Street Date: March 11, 2013DVD SRP: $14.99                                       Catalogue: 804734Running Time: Approximately 135 MinutesAudio: English 5.1 SurroundSpecial Features:
• The Mutation of a Scene
• “The Mutation Situation”
• “Follow the Leader”
• “Invasion of the Squirrelanoids”
• “Mutagen Man Unleashed”
• “Mike Gets Shellacne”
• “Target: April O’Neil”
• Channel 6 News Special Report: Creatures of the Night
Nickelodeon’s Teenage Mutant Ninja Turtles premiered to 3.9 million total viewers and ranked as the top new series in 2012 among boys 2-11 and boys 6-11.  Funnier and with more ninjutsu than ever before, the show explores the companionship of four teenage brothers learning to rely on themselves and one another as they unravel the mystery of their existence and grow to become the heroes in a half-shell that they are destined to be. Season two is executive produced by Ciro Nieli and Peter Hastings.
DVD kids kids dvd Nickelodeon ninja turtles Review TMNT