December 19, 2015
FTC Compliant Review Policy:The product(s) featured in this review were provided free of cost to me by the manufacturer or representing PR agency for the sole purpose of product testing. Opinions expressed are my own and are NOT influenced by monetary compensation.

Looks like Dora and Friends will be in our house for a while.  Broxton used to enjoy watching them, but "it's for girls" and "it's for babies" has taken over many of the shows these days.  He is 6 going on 26, you know!!!   I love when Dora is on and it is cute to come in and see Savannah curled up with daddy and hear different shows on in the background. I love Dora, because it teaches Spanish too and we all know that the younger they are, the more they absorb!    Now we have Season One of Dora and Friends!!!
Make sure you grab a copy, perfect for a gift this season!!!!! 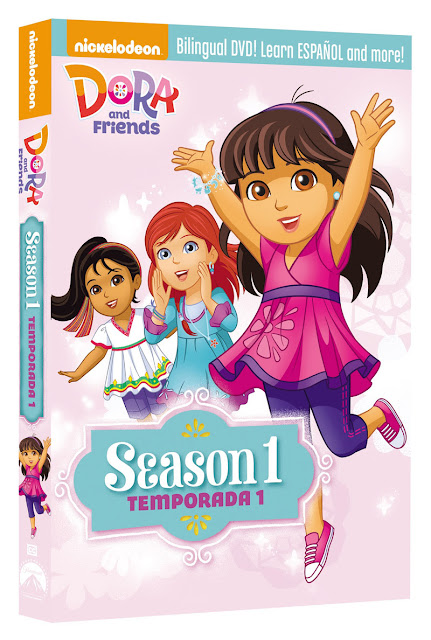