July 14, 2015
FTC Compliant Review Policy:
The product(s) featured in this review were provided free of cost to me by the manufacturer or representing PR agency for the sole purpose of product testing. Opinions expressed are my own and are NOT influenced by monetary compensation.

In keeping with our SUMMER READING, I have a few new books to share with you today!
I have to admit that I love the books that are silly, so when I saw one was called There Was an Old Dragon Who Swallowed a Knight, I knew I was going to be giggling.   Also, when I saw that one was Playful Pigs from A to Z, I knew it was going to be a great new addition to Savannah's library! 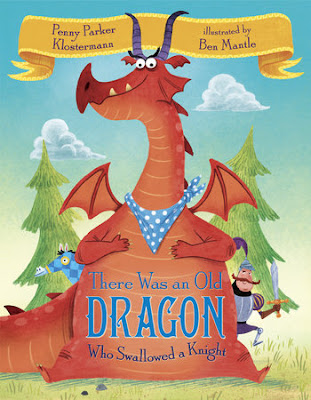 There Was an Old Dragon Who Swallowed a Knight
You might have read of the Old Lady swallowing things, but until you read about the Dragon swallowing all of the things after the knight, you have no clue what to expect!  This book was super cute and full of illustrations!   The Dragon decides to swallow the Knight (that's not polite) and then seems to swallow everything he sees.  Broxton and I were both laughing, especially when we saw he was about to go after the castle!  He for sure was leaving NOTHING left in the Kingdom!


We enjoyed the book, but the last illustration left Broxton questioning why.
(They had a skeleton head in the Dragon's stomach that wasn't there throughout the story, so he wanted to know where it came from and why it was not mentioned!)  Cute book and one we will for sure be reading again and again! 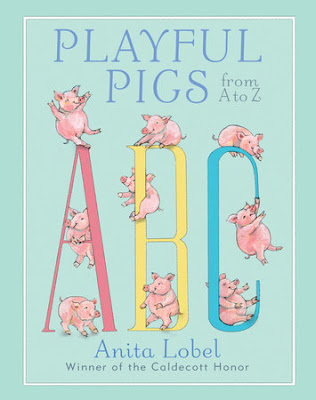 Playful Pigs from A to Z
This book lets us follow a group of 26 pigs as they leave their pig pen and head out for fun in the field down the lane.  I loved that they had a classic illustration look to them and each pigs name started with the letter discussed on the page.  I was hoping that they would not just paint a letter on the pig and introduce the alphabet that way and they did not disappoint!  I also liked that they had descriptive words that went with the letter as well.  I saw it as a way to add a bit of extra education in for fun!


Examples -
Billy Pig balanced on B.

We enjoyed both books and are so glad to be adding them to our library!
What books are you reading this summer?
books kids kids books Playful Pigs from A to Z random house kids Review summer reading There Was an Old Dragon Who Swallowed a Knight