June 30, 2013
FTC Compliant Review Policy:
The product(s) featured in this review were provided free of cost to me by the manufacturer or representing PR agency for the sole purpose of product testing. Opinions expressed are my own and are NOT influenced by monetary compensation. 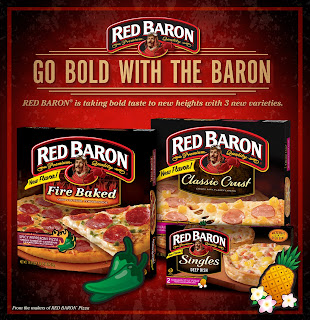 Summer for us is always rather busy.
Not a bad thing, but there is always so much going on... and we try to make as many memories as possible!


As most know, the boys have been here visiting...


Me being in a house full of males is a job in itself!!!

When I heard about Red Baron's new line, I knew that this was something the boys would be all about!!! Out of the 4 of them, one is the picky eater... As in cheeseburger is just meat, cheese and bun.  Sandwich is just meat and bread.  So, I was a bit nervous about how he was going to do with our tastings of the pizza's.  (To be honest, I had hotdogs in the fridge as a back up for him...)
Red Baron is introducing three new offerings:

We mostly shop at one or two places for our groceries and they were low on inventory on the days that we went, so I was not able to try all of the "new offerings" but let me tell you this...
As impressed as we were with what we had, I will be buying again!!! 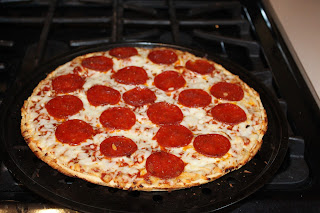 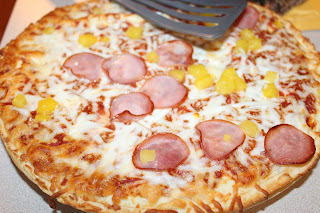 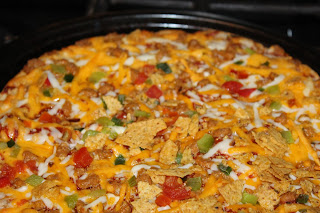 I was totally impressed with all of the pizza's.  Actually ALL the boys were... even the picky eater!!!
The flavor was great... The crust was ABSOLUTELY fantastic!!!
I am a fan of the thick crust... Marc loves the thin crust..
This worked out great, as it was not too thin, but wasn't thick either...
It meets the likes for both of us to be pleased!!!!

I think that the Deep Dish Singles would be great for when you are fixing dinner in a hurry...
Or, if you have company coming over, you could prepare several in different flavors to please all pizza fans!!! 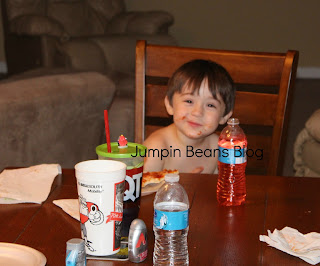 You gotta love a pizza face!!!!