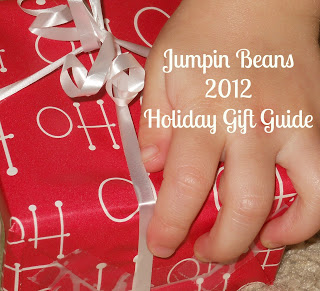 Imagine this:
Marc goes and downloads this crazy app that has a cat that repeats what you say.
He shows it to Broxton and that is the end of quiet in this house.
They laugh.. they talk and listen to the cat repeat.
Over and Over..
Then, Broxton found out he could play with the cat!
He can slap it, scare it, make it have a pie in its face and so much more... 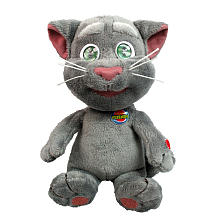 I thought that was pretty cool, until I learned that you can now purchase a physical toy of the Talking Tom.  Yes!!!! You can now buy a Talking Tom TOY!!!!

We received it for review,  but will be holding on to it to give to Broxton as part of his Christmas gifts.  I will admit, Marc and I took it out and played with it first...
Talking Tom has 3 sensors, his head, his hand and his foot.
Yes, he repeats what you say. It is kinda creepy how his mouth moves, it looks like an old toothless grandparent, but truthfully, it will just add to the fun for Broxton.  I know he will love hitting the sensors and playing with it!
I can not wait until he gets to unwrap this and have a blast playing with his Talking Tom this Christmas!
Warning, if you plan on giving this for a gift... You might want to get one for yourself first!

FTC Compliant Review Policy: The product(s) featured in this review were provided free of cost to me by the manufacturer or representing PR agency for the sole purpose of product testing. Opinions expressed are my own and are NOT influenced by monetary compensation.
Review talking tom toy